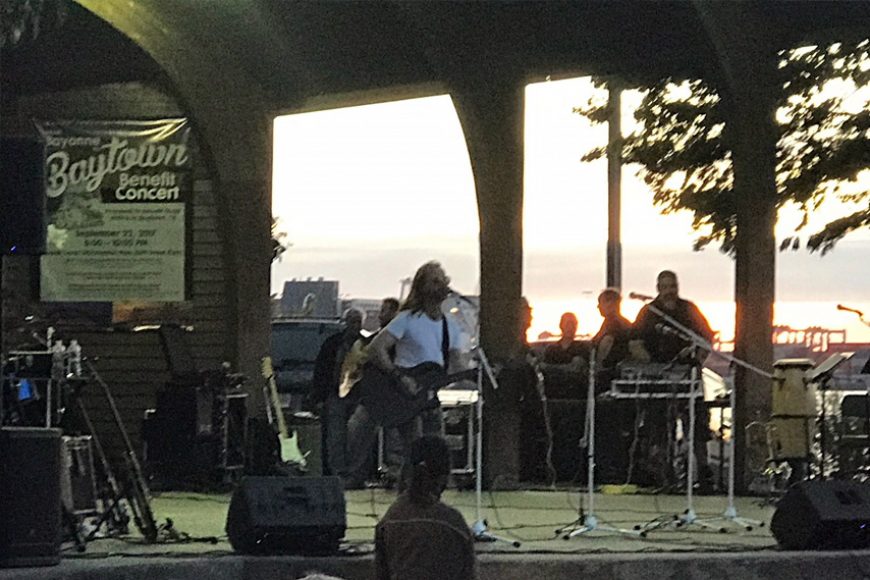 Read the full article here.
Bayonne residents converged at 16th Street Park Friday night for a concert to benefit Baytown, Texas, one of the many cities devastated by Hurricane Harvey last month.

The Bayonne to Baytown benefit was created with help from Bayonne native Terry Young, who is very active in the Bayonne music scene.

After Harvey devastated parts of Texas, Young went to City Hall as a man with a plan.

“We wanted to help Baytown due to how similar it is to Bayonne,” Young said. “We’re known for our bridge and they’re known for their bridge. It’s all there in the names, too. We’re just really trying to help them out and we’ve had a pretty good response with donations.”

One hundred percent of the proceeds made from the benefit will donated to Baytown for the relief effort.

“It’s a phenomenal cause,” Davis said. “Terry came to us and informed us that the music community wanted to do something to help out those who were affected by Harvey. We told him to roll with it.”

It was decided that instead of donating the money to the Red Cross, Bayonne would donate any money made to a town with a much similar demographic. After research was conducted into the area, Baytown came into the picture and has been since identified by Bayonne as its sister — two towns separated by more than 1,000 miles.