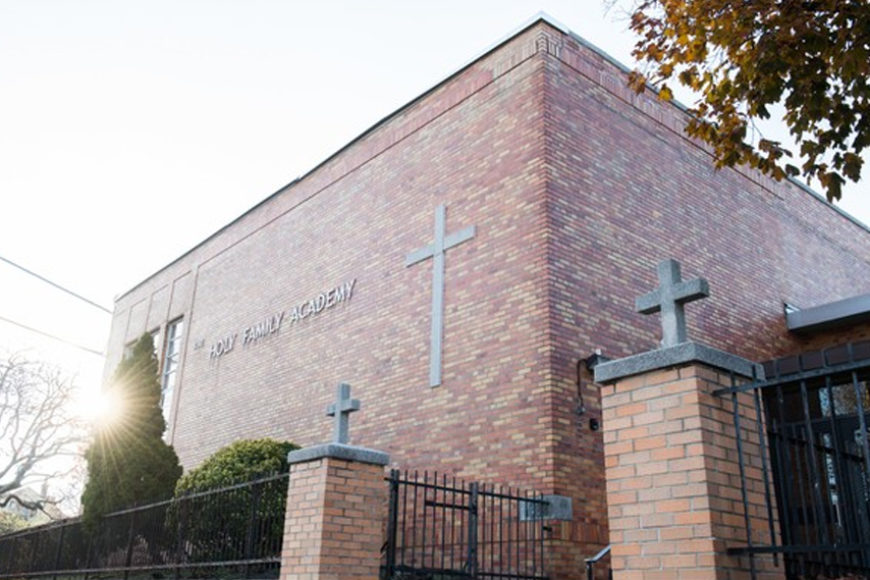 BAYONNE — Holy Family Academy, which has sat vacant since the former all-girls school closed in 2013, will soon be the new headquarters for the Bayonne Economic Opportunity Foundation (BEOF) and will house their various programs.

As part of a campaign, the BEOF recently announced that it would be offering commemorative brick pavers that residents can purchase to honor the site, which from 1925 to 1949 was a coeducational school and then served as an all-girls school until 2013.

“These pavers will be a compliment to the existing facility, making it more user-friendly — used maybe for a patio or a sidewalk,” said Samantha Howard, Executive Director of the BEOF. “It’s to solidify what the Holy Family Academy has been to education in the city of Bayonne.”

The BEOF is currently housed in four separate locations through the city. The city initiated the organization’s move in February of last year when it passed an ordinance purchasing the Holy Family Academy property from the Covenant of Sisters of Saint Joseph for $2.5 million.

In conjunction with the purchase of the property, the city also passed an ordinance authorizing the sale of three of the BEOF properties to city for $1 each — essentially allow the city to buy the properties for free and put them back on the tax rolls.