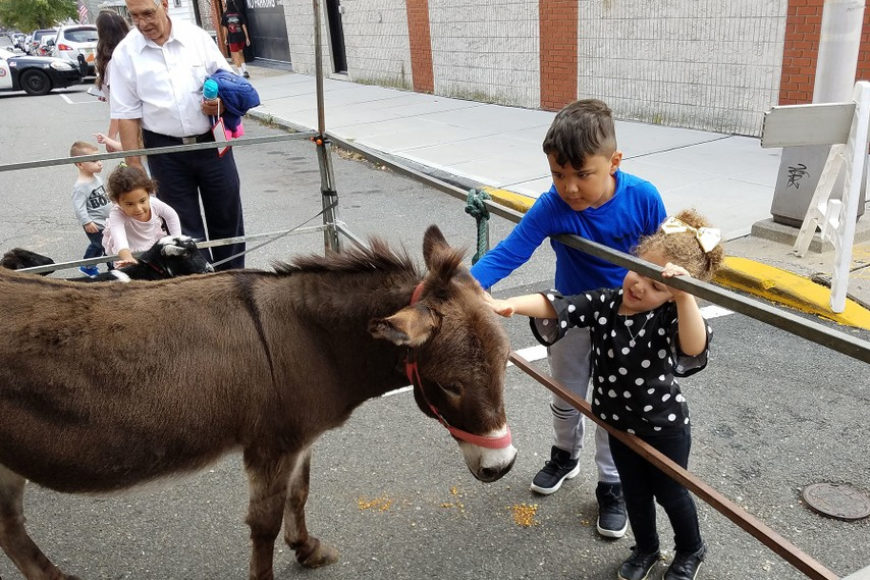 Hundreds of Bayonne residents descended on Broadway on Saturday to enjoy the annual Bergen Point Fall Festival and celebrate autumn.

Those in attendance got the chance to enjoy a number of free activities and peruse items being sold by local vendors. Activities available for the children included bouncy houses, giant slides, face painting, sand art, and even a petting zoo.

“It’s our first time here and it’s been great,” said Mike Chen of Manifest Comics. “The weather’s been nice so it’s a pretty good time to be out and it’s great for the kids too.”

Other activities during the day included a dog costume parade, where residents paraded their dogs through the streets in creative costumes. Prizes were awarded to the first, second, and third place winners. A contest was also held by Produce Smart in which festivalgoers could guess the weight of a giant pumpkin with the chance to win a prize.

“We like to do this contest every year and we’re always trying to find a way to give back to the community,” said John Pano of Produce Smart. “We felt it was very fitting this year since it marks our one year anniversary for our new location here at Bergen Point.”

A karaoke contest was also held midway through the festival. Two of the contestants, Daniel Mendez Sr. and Jillian Torres, both Bayonne residents, will be auditioning for “America’s Got Talent” this December.